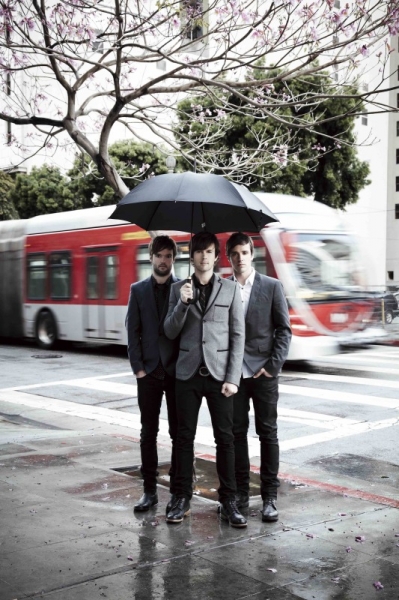 I’ve said it before and I’ll say it again, the Australians are on fire these days. You know that really catchy song that you can’t seem to get out of your head? No, not “Somebody That I Used To Know,” I’m talking about that OTHER addictive song from ANOTHER Aussie band. If you haven’t figured it out yet, it’s called “Trojans” by Atlas Genius, and it hasn’t simply loomed about the blogosphere, it’s zoomed on through it and made itself a cozy little nest at the top of all things musically viral. They’re currently in the beginning of their first US tour, and though South Florida is not included in that lineup, we couldn’t wait to get our hands on a band that’s sure to coast the musical airwaves when their debut LP drops.

What do you think it is about “Trojans” that has captured the attention of music fans across the world? How much time did it take to write and record?

Keith Jeffrey: Trojans was a song that happened in stages. We had this track with the same underlying chord structure but a slightly different drum and bass groove. There was this one section, towards the end of the track, that felt much more exciting than the rest of the song. The drums and bass guitar were having this little party, so we scrapped the rest of the song and used that section as a new starting point. The music unfolded once the groove was right. Lyrically, I wanted to keep the song both personal and yet not feel like it was autobiographical.

It’s difficult to pinpoint exactly why a song connects with people, especially when you were involved in creating it. When you’re writing you often can’t see the forest for the trees. So it’s a pleasant surprise when people come back to you saying they enjoy a song.

In August you kicked off a small US tour, some dates with Animal Kingdom and Silversun Pickups. Since you only have a 3 song EP officially released, will you be playing new songs while on the road? We will be playing the 3 EP tracks along with tracks from our debut LP, which is very close to being completed.

Keith Jeffrey: With multiple labels contacting you, what made you land on Warner Bros as your final decision? All of the labels were very nice to us, but we felt that Warner Bros was the right fit for us. We had some good conversations about the unreleased tracks that made us feel like they really got what we are trying to do musically. We wanted to augment our team without losing the DIY feel. They allowed us to continue to produce and engineer the music, which was very important to us. Also, they’re a really nice group of people.

With fans eagerly awaiting new material, how has it been writing new songs as opposed to when you weren’t particularly known? Do you feel like there’s an added pressure or standard after the success of “Trojans”?

Keith Jeffrey: All we can do is focus on making music that we like. “Trojans” was a song like that. We don’t release anything until we’re happy with it. I think that’s the best way to write. You never know which songs will connect with people, but if they come from an honest place, they have a shot…

What was it like when you first traveled to the US to talk to record labels, and what are you looking forward to most on your upcoming tour?

KJ: We were treated really well when the labels brought us over to the states. It was a strange dichotomy, we had been living and recording in a small town near Adelaide and then there we were… having meetings in LA and NY about the same music.

We’re looking forward to seeing more of America, and meeting people who like our music. Performing the songs live is a rewarding experience. Songs evolve in interesting ways after they’ve been played live for a while.

Who do you think are some of your most direct musical influences, and what inspired you to build up your own studio and start to write and record on your own?

KJ: I like the rhythmic syncopation and urgency of bands like The Police. Harmonically, you can’t go past The Beatles. Their musical evolution over just 7 or years still blows me away. Then a guy like Beck shows you that anything goes. He has this understanding of the rules while maintaining a healthy disdain for them.

The building of our studio and our approach to recording was all born out of necessity. We quickly realized that no one was going to do it for us. The way we write is a process of trial and error. You never know which songs will end up completed, and it can take time. Having a studio means we can deliver songs the way that we want them to be.