Review: John Digweed at The Vagabond 8/9 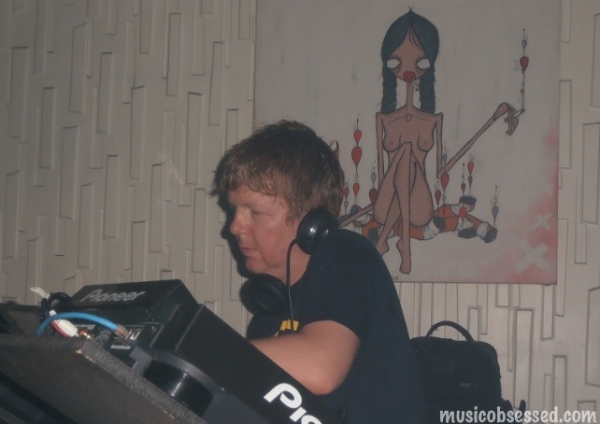 There seems to be some sort of newfound appreciation for the slow burning, simmering proclivities of the Techno, a phenomenon that stands in firm contrast to the clearly pronounced biases of conventional clubs and music venues have toward playing the electro that has become immensely popular within the mainstream. What is more impressive than the emergence of the underground  in Miami is the versatility with which an artist of the age, caliber of experience and skill of UK EDM legend John Digweed has been able to traverse the broad spectrum of sonic landscapes within his craft. Having experienced much in the way of success with his longtime collaborator and compatriot, DJ/producer Sasha, Digweed has carved out an impressive resume for himself and his Bedrock imprint.

It is through the accomplishments of his storied career, as well as his incomparable ability to adapt to shifting expectations of dance connoisseurs over the years that Digweed has been able to seamlessly adapt from trance to progressive, from progressive to a more tech-oriented sound – something has become his hallmark as of late. The ambiance that filled the confined of Downtown Miami’s The Vagabond was decidedly moody and in keeping with the deep, dark and sexy aesthetic that has become a major component of Digweed’s productions. The main room was shrouded in a veil of darkness, burnished with a plume of cigarette smoke and the faint effluence of sweat – all promising signs of an audience that arrived not for the glamor, nor the decadence that often accompanies the dance scene.They came with merely one objective in mind: to dance, and that they did. Digweed reached into his hefty bag of tricks and pulled out some obscure gems.

The bass hit hard as the synths set the air awash with the resonating sound of deliberately-paced, emotive techno. Female vocals pierced the wall of sound as Digweed expertly manipulated the tracks on his control deck, with a glare of stoic determination on his visage; the pacing of his track selection vacillated gracefully from moments of serene calm to unhinged chaos, a proverbial channeling of the duality of human nature in sonic form. The only indication of light were the hues of purple, red and blue that streamed momentarily, shimmering their resplendent luster across the otherwise blotted silhouettes of the people that had converged in front of the DJ booth. The emphasis that the veteran producer places on the technical merits of his mixing was evident in the way in which each track seamlessly flowed into the one that preceded it, as well as the intensity that emanated from his expressions. The markedly young and surprisingly heterogeneous crowd was a pleasant contrast to the uniformity of the sort of people you’d see at a club on South Beach on any given night – all walks of life were represented. This was a testament to the power of dance music to bring together people from all walks of life, something John Digweed knows all too well; he been doing it for two decades now.

One Response to “Review: John Digweed at The Vagabond 8/9”

I am happy to find numerous useful information here in the put up, we’d like develop extra techniques on this regard, thanks for sharing. . . . . .