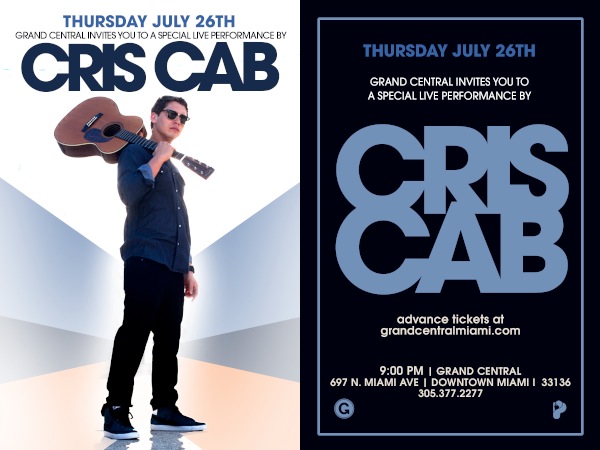 With more than 6.5 million YouTube views under his belt so far, starting with last year’s viral cover of Wiz Khalifa’s “Black & Yellow”  and over 300,000 downloads of his mixtape Echo Boom, 19-year old Cris Cab officially joins the artist roster of Mercury Records, with this week’s release of his debut single “Good Girls (Don’t Grow On Trees)” Featuring Big Sean.

In January 2012, Cris released his debut mixtape Echo Boom, featuring collaborations with Wyclef, Pharrell, Movado, Melanie Fiona, and Marc Roberge of O.A.R.  At a Miami club date celebrating the release of Echo Boom, Cris was joined onstage by Wyclef for a live version of one of the mixtape’s tracks, “Rihanna’s Gun.”

3. The winner will be chosen on Wednesday July 25th at 1pm.