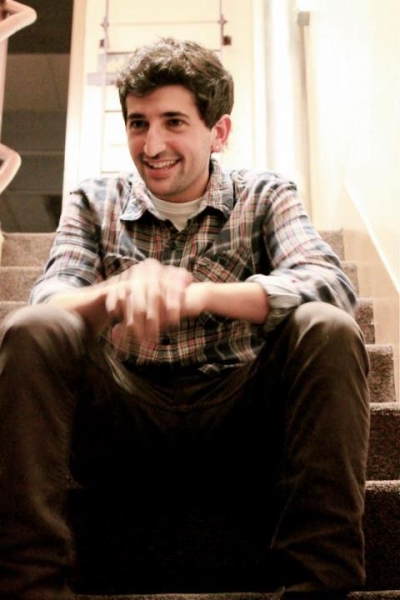 What has been dubbed Florida’s best kept secret, the Jacob Jeffries Band are taking on new heights- and the secret is getting out. With their faces painted across the cover of Broward New Times and the words “THEY WILL ROCK YOU” printed in bold beside them, it’s safe to say that they’ve come a long way since their debut in 2008. And if being on the cover of New Times wasn’t cool enough, they’ve got a brand new video out next week, and they’re playing a free gig at the BankAtlantic Center on the 4th of July. Before all that, we decided to catch up with the songwriter of the band, Jacob Jeffrie himself. We talked about touring, their new album Tell Me Secrets, and his “girlfriend” Sara Bareilles.

Your latest album, Tell Me Secrets, was released on itunes May 18th. How do you think the writing process has changed since your first album, Life As An Extra? How has your sound evolved since 2008?

There is no question we have evolved as a band and, personally, as a songwriter like most people professionals do thanks to experiences on the road. So I suppose if I had to identify exactly how our sound has evolved, I’d chalk it up to traveling and creating connections with so many different types of people in so many different types of places. We will continue to travel and continue to grow well beyond this record.

What inspired your choice of covering two very different songs, “Boyfriend” by Justin Beiber, and “Uncharted” by Sara Bareilles?

Justin Bieber cover was a decision made based on options presented to me by my management and executives. (laughs) Sara Bareilles is my girlfriend* so I covered her song.

*note: Sara Bareilles is not completely aware that she is my girlfriend.

Perhaps one of your strongest appeals as a band, is your confidence on stage. How did you become the live band you are today?

Again, like any solid professional whether you are Lebron James or you have the corner office in some downtown business building or whoever you are and however you got there- you did it with practice and experience. Then, once you start accumulating trials and tribulations under your belt (in our case- rough gigs) you start knowing what your doing and proving it.

What have been some of your favorite gigs to play?

The other night we played with a great artist- Eric Hutchinson at the indescribably gorgeous Olympia Theater – downtown Miami,FL. A sold out Eddies Attic crowd in Decatur, GA was a magical night. All gigs are good gigs, whatever the make or model. We play music for a living. Pretty cool.

Next week, your video for “Suffocate My Heart” premiers on MTV Buzzworthy, how was it working on the video, and what can fans anticipate?

After the success of Tell Me Secrets, as well as getting the cover of the Broward New Times, what’s next for Jacob Jeffries Band?

Recent success has been one lasting smile, but the idea is to stay real and keep persevering. I look left and I look right and there’s always gonna be someone saying “who the hell are you?” always; until you’re the president or something. My goal is to be heard. We will keep traveling, keep bringing the energy at live shows, keep singing the songs that get stuck in heads- that’s our game.