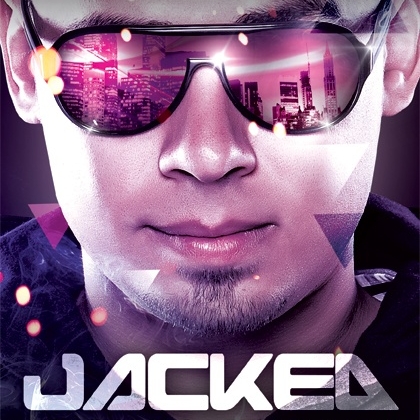 If you’re the kind of person that will dance like no one is watching, even if you’re in a crowded room, you’ve heard of him. If you’ve attended Ultra Music Fest within the last three years, you’ve heard of him. I’m talking about Afrojack, the Dutch born DJ/EDM artist that has topped the charts with hits like, “Take Over Control”, and the Grammy award winning remix of Madonna’s “Revolver”.  All this has landed him the number 7 spot  on DJ Mag’s top 100 DJs worldwide, and he’s just kicked off his first North American tour. Miami being a hot spot for the EDM scene, we were not excluded and await his arrival this week at Club Cinema and Mansion Nightclub. Still reminiscing his appearance at this year’s Ultra, we caught up with the leading 25 year old DJ and producer, and talked about touring, David Guetta, and all things EDM.

Tell us the true meaning of being “Jacked”

Afrojack: Not much a true meaning honestly, just a party by friends, for friends, trying to make the most of life and go all out one night..

Where did the idea of the Jacked Tour come from?

Afrojack: I was touring for a long time on my own and then when I had support acts with me it was just a LOT of fun, and that also made the party way more fun, so I decided to do a tour with some of my music friends and party it up

How did you choose the acts that will be accompanying you at those shows?

Afrojack: I’ve known them for a really long time (back when I started), so they’re good friends, and I see some serious potential in them to become a new level of dj/producer

How do you think the EDM community is different than that of other genres of music?

Afrojack: I think it might be different because of the love, no one knows each other but when the music starts playing at a festival or show everyone snaps out of their regular life for a bit and connect with each other like they’re all friends

You’ve played practically all of the notable festivals in the world, which do you think has been your favorite and why?

Afrojack: EDC (Electric Daisy Carnival), I’m good friends with Pasquale and you can feel his idea and mind state behind the festival everywhere. It’s all out, giant beautiful stages, the biggest DJs, but you can also find the newest hidden musical treasures, and the crowd there lets go the minute they enter the festival!

How did your connection with David Guetta come about, and how do you think your place in the EDM world would be different had it not?

Afrojack: David approached me during WMC a couple of years ago and basically gave me the exposure in the beginning to make my music heard, if we didn’t meet and work together I don’t know what would be happening now. I’m happy with how everything is now

EDM can be a very collective kind of scene, with many artists getting together to work on different tracks, and you seem to have had a good experience working with Guetta on the remix of Madonna’s “Revolver”, which landed you a Grammy. Who do you wish to collaborate with in the future?

Afrojack: I have a lot of new music ideas, want to do some stuff with Knife Party (Pendulum), Skrillex, Dada Life, still think a Lady Gaga collaboration would be dope, Childish Gambino and professor Green, and maybe to show the world the endless possibilities of this music, something with Marc Anthony?