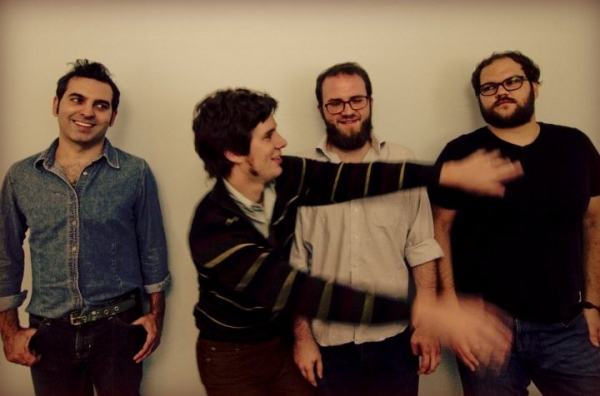 Being in favor of all things South Florida, recent SXSW rockers Plains have been causing quite the ruckus not only in their native Miami but also around the country. Having performed with the likes of The Jacuzzi Boys and Surfer Blood, this bands impassioned sound makes you want to shimmy and unwind all in the same song.

You guys won plenty of accolades last year like Beached Miami’s #1 song of the year, City Link Magazine #4 album of the year, and even had your track “Judy” on the ABC primetime show Revenge. What are your goals as a band for this year?

Michael McGinnis: This year we’ve been focusing on getting our live act together, figuring out what songs fit in better than others and what ones we need to work on more.  They’re are a lot of songs that haven’t been released, and we’re picking through them.

Your last self-titled album was regaled with comparisons to other bands like Arcade Fire and labeled as “surf rock” and “pop-infused,” what are your opinions on this?

Michael: I definitely wanted to make it accessible and modern.  I tried really hard not to jump into trendy rock sub genres and just write decent songs.  I didn’t want this project to rely on tricks.

How was your first experience at South By Southwest last month?

Michael: We had a good time.  We didn’t get to see that many bands but we caught a few good shows.   I’m looking forward to next year.

We, among many others, are super psyched for the next Plains album, when can fans expect  it and what tricks might you have up your sleeve?

Michael: We’ll have something ready this fall, probably an EP.  The goal is to have it sound like it was produced by someone else and so far it does.  I’ve been coming at the mixes differently, going for a classic sound without just making it lo-fi.   Plus the other members have been playing and contributing more on this release which is awesome.

What are some local bands that you’re all really into right now?

Michael: Lil Daggers, Axe and the Oak is great too.  I had a chance to work with them last year and it went really well.  Oh, Pitbull and Rick Ross of course.

Michael: it’s for the children.