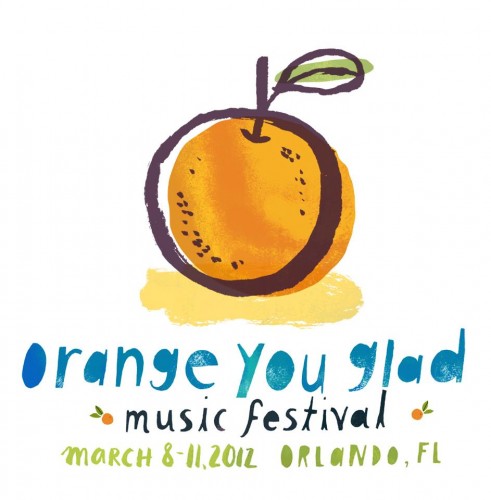 This festival managed to do something refreshing and rare. Opposed to just pumping a meager town full of good music, they filled a town already full of music with festival goers. The town would seep alive every mid-afternoon as people were rolling out of wherever they had landed for the night and gearing up for festivity. There were some acts we wanted to see, some groups we happened to see, and these are the ones we want you to see.

Saskatchewan took a warm, breathy vocal and drizzled it all over their wispy guitar and percussion. A sound that has you hoping never changes, yet all the more welcome is their varying feel for their fan-favorite ‘Dreamboat.’ A beachy-er up tempo song that manages to stick with those buttery vocal harmonies, all of this effort to swoon the crowd worked and it was a delicious set despite the threat of imminent rain that kept the crowd sparse.

At Uncle Lous, a bar with enough twists and turns you will probably lose your friends and just as quickly find new ones, Telethon is setting up. Florida’s “most misunderestimated band of ever” if they do say so themselves. After a pleasant introduction they leap right into a bellyful of surf-rock with the synth turned way up. Instantaneously the lead singer Matt tears off his sweatband in a fit of energy. His highstrung antics follow along through the set during which he topples over his beer and more in an electronic frenzy, all while keeping his cigarette in hand.

Hundred Waters pooled the crowd from all the other stages into the rain for their set. Mesmerizing subtle twinkling sounds laid the groundwork for their faint lyrics that sounded like exhalations from angels. Falling into the scene with the release of only 3 songs, they lulled hearts with their musical and emotional connection they had  made evident by their concentration and heartfelt presence. Sidenote: they’re touring in an old school bus altered to run on vegetable oil and accommodate sleeping for eight. I touched it.

At the Peacock, Tiny Waves hosted an underwater stage complete with barrier reefs framing the stage, jellyfish hanging, and bubbles circulating. But all focus was magnetized to Hear Hums as they delved into an ethereal realm with their screaming hymns that could only rivaled in potency by their own tribal percussion. They aggressively pummeled their drums in such an aboriginal demeanor it neccesitated a physiological response, and what wasn’t sheer exhilaration was probably fear.

Loud Valley filled The Dropp’s stage at the local gay bar Paradise with everything OYGF could stand for. Great sounds, real people, the Orlando feel, it was even the only stage thus far where dancing ensued. Loud Valley is a concoction of men that are so cohesive in their sound even the trumpet slithers through its notes with eloquence. Such a close knit atmosphere that the band members were shouting out drink orders and fans were running them over.

At the largest venue of the festival we were privy to San Diego band Mrs Magician, we even spoke to these handsome men on the side which we’ll be telling you more about later. Their songs are calleoused rock lullabies that are understated in their presence, you don’t realize how absorbing their sound is until they stop and you’re left in the wake of an unwelcome silence. They escaped the Cali local music scene to open for Cults on their tour, don’t hesitate to catch them when they make it to your town.

Grandchildren took over The Dropp’s stage, and I got my hands on their album.  I’m pretty sure my car can recite the lyrics by now since I’ve played it incessantly, beginning with my 3 hour drive back home from the festival. Who knew a group of six men could rattle so much. Their folky instruments rocked so hard between the reverberating synth and man-croons. There wasn’t much of a crowd but those that were there left with a gem, and now you can have it too!

The Dropp’s stage was on point, and they knew what they were doing when they booked Praything. It is incredibly hard to feel them online, but when you’re standing in front of the keyboardist as he throws his body with such liberality it would make a chiropractor cry. It gives you a whole new angle on them. Their heartfelt tales are sway-worthy and sugar-coated with a foggy, spacey style that sounds like a tape recording. Preciously endearing.

XXYYXX is a 16 year old producer from Orlando who had no problem opening up the large outdoor stage for the final day of the festival. His witchhouse reminiscence sounds that go along with his flares of tempo are consuming. If you keep close with his social media he releases new tracks almost every day, and one has yet to fall below any expectations. working alongside friends around his age and skill level he is hailing from Relief In Abstract Records, soon to be mailing out his newest creations on vinyl. And maybe one day his mom can drive him down south for a few shows

Day Joy. Being the twin-sister band of Loud Valley (almost the exact same group of friends in both bands) the sound was similar yet strikingly its own. With lead singer Michael tearing his little heart out into the the vocals that occasionally turned into bleeding wails there were a few moist eyes in the cafe-turned-stage. Their sound was a vagrant, changing through light ukulele, brassy trumpet pipes and multiple sets of drums that so slyly melded you wouldn’t have noticed the folksy menu of instruments. Animal Noise started off with just that, a soundscape of animal calls and creeps. Even the personnel supposed to be stationed outside had milled in for the set. The crowd applauded and whistled for a solid 5 minutes as the band finished and until they broke down and were barraged with embraces form the crowd. Maybe they were a bit biased since band creator Peter Percival is such a presence in the community there, his own house being the after-party staple for the entirety of the festival. Either way, their sound was undeniably refreshing, and addicting. All we have for now is a 4 song EP, of which the band is throwing downloads around all over the place, and we’re eagerly expecting more.