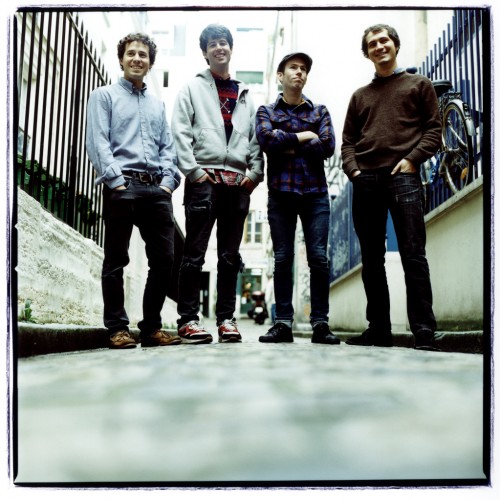 Matt Lamkin, lead singer of The Soft Pack, talked to us about what albums he’s currently listening to, their upcoming album, and what bands he’s most excited to see aboard the Bruise Cruise.

I’m going to get the necessary band name question out of the way- As a band with quite the response from your early name (The Muslims) and eventually needing to change it, I was wondering, what are some of your favorite band names?

You seemed to keep rock fans on their toes waiting for your debut self titled. That was finally released back in 2010, are you writing for a new record now?

Matt: Our new album is in the can and we’re talking to labels.

What albums are you currently listening to?

In describing your band, you said, “We wanted to start a band that played simple, catchy, smart rock songs,”. With the recent influx of indie/chill wave bands buzzing around the blogosphere, how do you think your next releases will be received?

Matt: I think the songs are catchy, simple and rock but we’ll see. I’m excited about this one.

Any bands in particular that you are looking forward to sharing the boat with on the Bruise Cruise?

Matt: Our fans like to have a good time. Shouldn’t be any problems in terms of proximity. The closer the better, I say.

Catch The Soft Pack at the Bruise Cruise Kickoff Party @ The Stage, Thursday 2/9

One Response to “Bruise Cruise Spotlight: The Soft Pack”

Black women are very unique and, they are an extremely different
type of ladies. There are many stereotypes related to black ladies and, you will find
the girls extremely amazing. Black ladies have a dark skin and, they are understood for their nature
of being aggressive. It is very fascinating exactly how black girls have the tendency to spark curiosity and debate.
The girls can be found in all parts of the world and, the most popular black
ladies are African Americans. African females are understood to
be modest and very calm. It often ends up being extremely challenging to
inform the women apart physically because they have comparable functions.
African American ladies are kids of previous slaves who were generated from Africa,
numerous years ago. They have a very long history of battle and last
triumph. The black area in America has needed to combat
numerous battles simply to be heard.