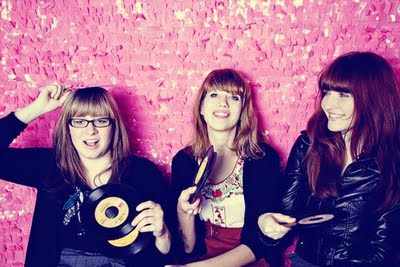 The 2nd annual Bruise Cruise is setting sail in 11 days, and we caught up with Cassie Ramone, lead singer of Vivian Girls. She tells us about her side project The Babies, bassist Katy Goodman new Choose Your Own Adventure text-based computer game, and of course Bruise Cruise.

This isn’t your first time in Miami, and you’ve been doing quite a lot of touring lately. What’s you’re favorite thing about being on the road?

Cassie: I like almost everything about being on the road; I love new scenery and meeting interesting people. I get really stir crazy sitting still for too long, so a very long drive or flight is probably my least favorite part.

We all know you are majorly influenced by 60′s girl groups, can you tell us some of your favorites?

Cassie: The Shangri-las, the Shirelles, the Tammys, the Beach Girls, Bernadette Castro.

Will you be spinning some of those bands during your DJ set on the Bruise Cruise?

Cassie: Probably not the last three because those records are pretty hard to find, but definitely the first two!

Speaking of the Bruise Cruise, what are you most looking forward to when the boat starts….ermm…..rockin?

Cassie: A lot of my good friends that I rarely get to see are going, so I’m looking forwards to catching up with them.

It’s been a few years now since the debut of your side project The Babies with Kevin Morby (bassist of Woods). Do you plan on releasing another full length album?

How is the writing process different when working Morby, than Vivian Girls?

Cassie: The Babies use mostly Kevin’s songs, so it’s fun to write parts that try to complement his.

Tell us about The Vivian Girls Text Based Adventure Fun Time Game.

Cassie: (laughs) I think it was just a practice run for Katy to learn code! The scenarios are pretty spot on, though.

If you could host you’re own concert cruise, what bands would you book?

Cassie: One of those bands from the 60′s that basically covered every popular song at the time, and like, Hall & Oates and Steely Dan, because who doesn’t want to listen to something smooth while sailing the high seas?