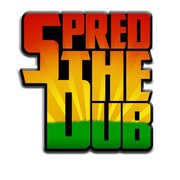 Spred The Dub originally formed in 2007 at a weekly reggae open mic night in Palm Beach. There were no rehearsals, different people would show each week, and there could be up to 12 people on stage playing horns, hand percussion and unique instruments like the chapman stick. The music was mostly extended improvised jams that were heavily influenced by reggae and dub. One of our friends who used to play percussion, Irie Che, was a chep and had he own line of cream cheese called “Spread The Love”. It was kind of his catch phrase and an inside joke, something we would say a lot. Since we were playing reggae and dub, “Spread The Love” became Spread The Dub.

Eventually we started to get serious about being an original band. We trimmed down to a steady cast of 5 members and started writing original songs. Two weeks before our first official gig as a band, our then guitar player Boris surprised us with a box of about 1,000 flyers to promote the show. Needless to say we were pretty excited…until we saw what was on them. Boris wasn’t from the states, he was born in Russia and raised in Israel. English was his third language. We had 1,000 flyers advertising the first Spred The Dub show.

A lot has happened over the years. Members have come and gone and the band has evolved.The current line-up has just come together within the past year. Mick Swigert (aka Mickey Vintage), the sole remaining original member, has been providing the reverberated vocals and rhythmic skank that have characterized STD’s sound since the earliest days of the group. Keyboardist and newest addition, Shawn Hagood, has added a much needed dimension to the sound with his soulful playing and smooth harmonies. Kevin “KJo” Johnson (bass) and Joey Bitton (drums) are the rhythm section responsible for building a rock solid foundation of thundering riddems for lead guitarist/dub fx master Corey Tyler to work his mad scientist guitar stylings over.

Our music is based in reggae, but it draws from all of our different musical influences. We try to infuse elements of jazz, soul,funk and rock with a foundation of roots reggae, ska and dub. We like to call it “Good Time Reggae.”

Tell us about the new album you are recording.

This album has been a long time coming.  It will be our first real quality CD, and we know our fans will appreciate being able to enjoy it at home and and jam it in their cars. We wanted to keep the recording process as simple as possible and get an authentic representation of our sound.  We set up at home in our rehearsal space and tried to capture the feel of our live show.  For most of the songs we tracked drums and bass together and went back and overdubbed keys, guitars and vocals.  The CD is being recorded and mixed by our friend Dean Fishback (The Resolvers-Keys) and we’re looking to release it early this fall.

We’re also part of The Reggae Wave presented by reggae legends Inner Circle. Earlier this year we had the opportunity to record two original songs at their world class recording studio Circle House. The tracks will be release as part of a compilation album featuring some of the best reggae bands in South FL including The Resolvers, Jahfe, Fourth Dimension, Stampede, Fourth Dimension, Mixed Culture and Skafyah.

When you compose a song where do you get your ideas from, and how does a song evolve?

The song writing process for us is a pretty straight forward collaboration. It usually starts with a chord progression or riff that someone brings in and from there parts come in layers. Kevin and Joe will come up with a drum and bass riddem as the foundation of the tune. Shawn will pair some tasteful organ bubbles and skanks with spacey synth sounds and add that to the mix. Corey brings all the crazy dub fx and sound manipulation to the table and he will often add in tight dead picked riffs. Mick’s rhythm guitar and smooth vocals are always a constant presence and he is responsible for most of the bands lyrical content which can be inspired by almost anything. Song topics range anywhere from parties (Be Free) and loose women (Cheatin’ Woman), to politics (Politricks) and gun violence (Run With A Gun).  Our songs really start to evolve once we leave the rehearsal space and take them out on the road. We play a lot of live shows around South FL and we’re constantly trying to keep our original songs fresh and interesting not just for the fans, but for ourselves as well.

A Spred The Dub live show can be pretty spontaneous. It’s really cool, because our style of music incorporates so many different genres it’s not uncommon to find a lot of different types of people at our shows. We’ll have hippies, rastas, punks, surfers and business men all skankin to the music.  A lot of times we won’t write out a set list. We’ll feel the crowd out, gauge their interest and energy and try to cater to that with a nice mix of tunes. We LOVE it when people dance. That’s always our goal, to get the whole room to break out in a dance party!!

Shawn:  My favorite cover has to be “Guess Who’s Coming to Dinner” by Black Uhuru.  Hands down. I know my wife digs that one, all my friends that have come out to shows, etc.  They say “hey Shawn, what’s that song you did…” and try to sing it back. My favorite original tune is Cool Drop.  I feel like that song is the epitome of “songs that evolve” with this band.  I hope that as a band, we continue to let it evolve.  It isn’t necessary for every single song to be driven by traditional limitations of chord structure or form. I think that we should always strive to be different.

Mick: I think my favorite song to play live is “Be Free” because it gets everyone up and dancing. It’s just a good all around party song

Our favorite venue to play has to be Reef Road Rum Bar in West Palm Beach, recently voted “Best Reggae Scene” in  Broward/Palm Beach New Times. They have live music almost every night of the week, and feature some of the best local reggae bands in Florida. The food is great, drinks are cheap, along with the  staff and locals are awesome. We’ve been hosting “Monday Night Reggae” there every week for over a year now and it’s always a party!

it provides raw entertainment and culture for an area. It’s a place for locals and out-of-towners to get together and have a good time. We have a great local reggae scene in South Florida, and its only getting better.  The local artists are the ones recording themselves an putting out music without the help of a multimillion dollar recording company. They are really putting their heart an souls into each performance and song.

Connect with Spred The Dub

One Response to “Local Spotlight: Spred The Dub”

I hope everyone is checking out the tunes after they read! ~SH

Leave a Reply to Shawn