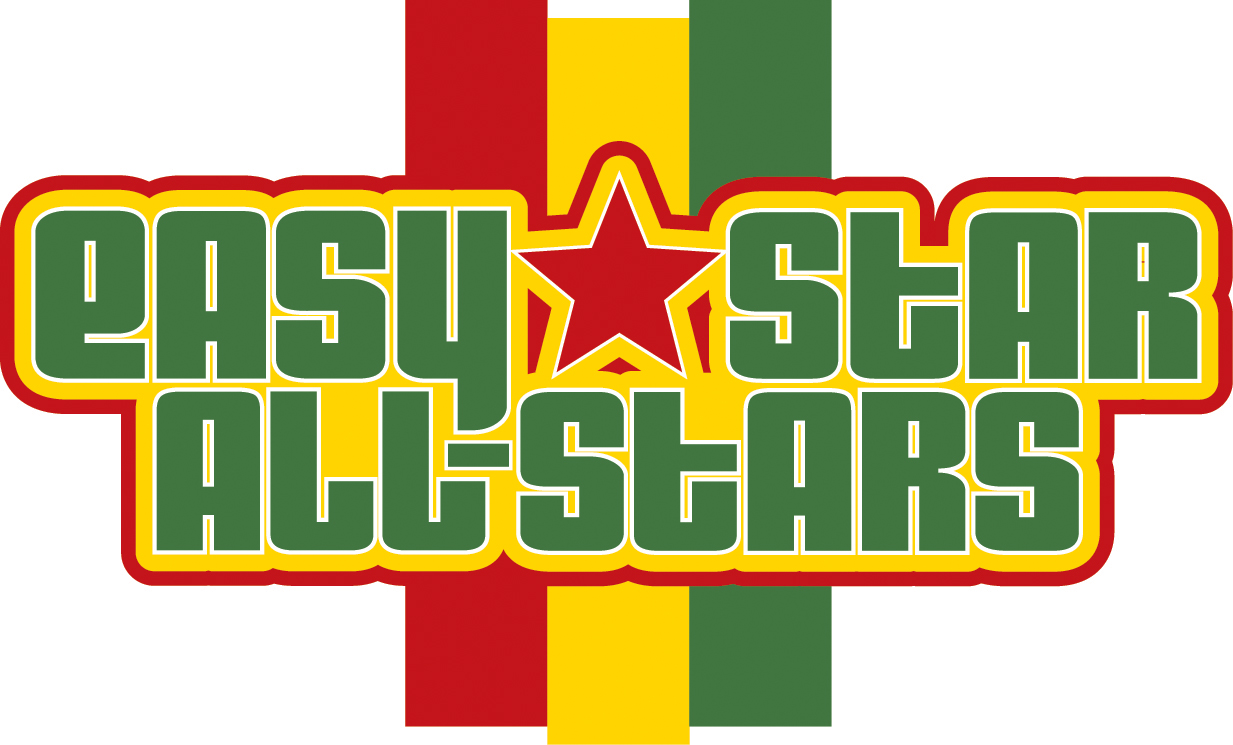 We started the group as the studio band for our label, Easy Star Records.  The band was based around me on guitar, Victor Axelrod a.k.a Ticklah on keys, and whomever I thought would be right for a particular song or session to fill out the rest of the spots.  We had a rotating cast of some of the best reggae musicians in NYC, so we thought of the band like an all-star team that would rep Easy Star.

Tell us a brief history of your band.

As I mentioned above, the band started out as a studio thing, but after a few years, we started doing shows around NYC.  In 2003, we released our breakthrough album, Dub Side of the Moon, and that record’s success led to a great demand for national and international touring.  Most of the members of the studio band at that time were not available to tour, so I put together a new version of the band to go on the road.  Many of the people in the current touring lineup have been with the band since that time.

How would you describe your music to someone who is not familiar with it?

In describing our tribute material, I often say that it is what classic rock albums would sound like if they were recorded in Jamaica in the late 70′s/early 80′s.  I would call our overall sound (because we don’t just do covers) a modern representation of the best of reggae history, because we can play any style that came before us and give it our own spin.

Who are your biggest musical influences?

Everyone in the band has different influences, but just speaking for myself, I’d say The Isley Brothers, Rufus featuring Chaka Khan, Aswad, Augustus Pablo, and Dennis Brown (just to name a few).

What’s your process of choosing which album to cover & record?

It’s a long process.  The first album in the series was actually the easiest to choose, because we weren’t thinking about a whole series – my partner Lem Oppenheimer was a big fan of Dark Side of the Moon, and one day when listening to it he had the idea that it could sound cool as reggae.  So I came up with a few basic arrangements of some songs, and we figured it could work.  That was the whole decision-making process on that one.  But since establishing ourselves with Dub Side, we (me, Lem, and one of our other Easy Star Records partners, Eric Smith) have spent months choosing each of the following albums.  We try to find albums that are great as a whole, while also being made up of cool and interesting songs.  Also, it’s got to make sense as reggae – we don’t want to just slap a reggae beat on any old album.  We have to believe that we are going to be able to take the original to a new and interesting place.  And we also want to do albums that will resonate with a large number of people.  So the three of us discuss ideas for a long time, finally whittling down the list to a few contenders, and then to that one special album that we want to tackle next.

Your first album ‘Dub Side Of The Moon’ spent 7 years on the Billboard Charts, which is not an easy feat in today’s music industry. Where do you think your largest fan base is located?

Well, just from a sales point of view, the U.S. in general, and bigger cities like NY, LA, and SF more specifically.  But we’ve found that we have many fans all over the world, which has enabled us to tour almost everywhere.

What can people expect to see during a live performance?

We’re going to play songs from all of our albums, and we like to change up some of the arrangements so that they are a bit different from the recorded versions.  We bring a lot of energy to the stage, so we usually keep the crowd dancing and singing along for the whole show.

You have preformed all over the world, what was your most memorable show?

It’s hard to say…I get asked that question a lot and I often have different answers based on how I am feeling at the time.  I’m in a serious family vibe right now because we are expecting a new baby any day now, so I’d have to say that my most memorable show was in NYC three summers ago – the first time that I ever performed and got to see my beautiful daughter in the audience.  That was a great high for me.

Your anticipated forthcoming album ‘First Light’ is due out in a week, what can you tell us about it?

‘First Light’ is an album of all original material by the Easy Star All-Stars.  We wanted to show the world that we are not only a great tribute band, but a great original band.  Every member of the current touring rotation contributed as a writer and player, so it is a really diverse affair.  And we show lots of different facets of our sound – you can hear the influence not just of reggae, but also pop, r&b, funk, jazz – all of the music that we listen to.  There is great variety in the vocal stylings as well because aside from the multiple lead singers in the band, we have guest vocals from The Meditations, Tony Tuff, Lady Ann, Junior Jazz, Daddy Lion Chandell, and Easy Star label mate Cas Haley.  We’re really proud of the album and happy to be touring behind it right now.

Live at Culture Room this Saturday (4/9)