Soundtrack of the year…so far. 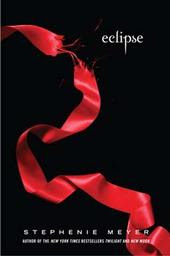 There has not been a well thought out soundtrack since Garden State in 2004. The guys over at the studio realized that they had the potential of reaching a different market- indie kids. Over the last few years, more and more corporations have been partnering up with these indie bands to promote their products. This recently untapped resource has been a cash king for corporations such as Mountain Dew, Diesel, and Levi’s. Not to lose a cent of profit, of what will become the largest phenomenon in the 21st century, the folks over Summit Entertainment invited Alexandra Patsavas back as Album Producer/Music Supervisor for their 3rd installment-Eclipse.

Patsavas, who you may not have heard of, is responsible for tungage coming from very popular shows The O.C., Gossip Girl, & Gray’s Anatomy. As owner of Chop Shop Music Supervision , she was able to put together this phenomenal compilation. I don’t even have the desire to skip any songs, which is not easy feat. With the diversity of Sia, Muse, The Dead Weather,  Cee Lo Green, and many more, the album is anything but boring. Patsavas, was even able to get these artists to record a new song specifically for this soundtrack. I applaud the studio because their plan worked. I have zero interest the Twilight Saga, yet they hooked me on their soundtrack. I also want to thank Patsavas for the new Florence and the Machine track. I have been waiting with bated breath for something new since their debut album Lungs came out last summer.